Leading the Way in Art and Design Education

Ringling College has about 1700 undergraduate students and offers 13 degree programs. The College is the only institution in Florida dedicated exclusively to teaching art and design. Many of our programs are ranked among the best in the nation, including Computer Animation, Motion Design, and Game Art.

Core values of the College:

Indicators of the mission and values in action: 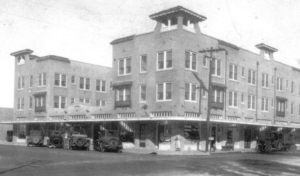 Ringling College of Art and Design is a private four-year accredited college located in Sarasota, Florida that was founded by Dr. Ludd M. Spivey in collaboration with John Ringling as an art school in 1931 as a remote branch of Southern College named The School of Fine and Applied Art of the John and Mable Ringling Art Museum.

The concept of founding this art school originated from Dr. Ludd M. Spivey, then president of Southern College, which was founded in 1856 in Lakeland, Florida, and is now called Florida Southern College. Spivey sought financial support for this concept from the Sarasota circus magnate, John Ringling. At that time, Spivey learned that Ringling was not interested in giving to Southern College and he was more interested in establishing his own art school at the museum founded with his first wife, Mable. The museum was constructed on their estate in the form of an Italian villa to house a vast collection of seventeenth century sculpture and paintings collected on their travels and at auctions. Most importantly, Ringling nearly was bankrupt. If Ringling could have, he would have opened his own art school that was drawn on his original plans for the museum, but it was not built because of a lack of funds.

Ringling's wife, Mabel, died in June 1929, a few months before the crash of the stock market. Ringling's health began to fail as well. A year later, in 1930, he married Emily Haag Buck in Jersey City, New Jersey, a wealthy woman who turned out to have little interest in Florida. This marriage ended in divorce shortly before the death of John Ringling in 1936. He died just before losing his museum and residence to bankruptcy. His will left his residential property, including his home and the museum, to the state, otherwise they would have been sold for debts along with his other holdings. In retrospect, failure to involve Ringling in founding the school became a stroke of luck for its survival: if Ringling had founded the art school as requested, it would have been subjected to the same fate. After a ten-year struggle, his nephew was able to keep that deteriorating estate parcel intact and retained by the state.

Repeatedly Spivey's plan to found an art school was discussed and, after much negotiation, it was agreed that Southern College would open its own art school in Sarasota as a branch. With much reluctance, Ringling agreed that it could be known as the School of Fine and Applied Art of the John and Mable Ringling Art Museum, lending his name and that of his former wife to the school, to associate the Florida Southern art school with the more famous name of the Ringlings and their museum.

The first class had only seventy-five students and there were thirteen faculty members. Each student paid $783 per year for tuition, board, room, fees, and books. Each student also attended chapel services every day and written permission had to be received by the school's president or dean if a student wanted to leave town.

The art school separated from Southern College and became an independent nonprofit institution in 1933 and changed its name to Ringling School of Art. It qualified for full accreditation as a degree-granting institution by the Southern Association of Colleges and Schools (SACS) on December 11, 1979. Upon joining as a member, accreditation by the National Association of Schools of Art and Design (NASAD) was granted in 1984.

Today, the picturesque 48-acre campus includes more than 110 buildings, and enrolls 1,600 students from 45 states, 60 countries, Washington D.C., and Puerto Rico – two thirds of whom reside on the pedestrian-friendly residential campus. Its more than 140 faculty members are all professional artists, designers, and scholars who actively pursue their own work outside the classroom. The College’s rigorous curriculum engages innovation and tradition through a strong, well-rounded, first-year program specific to the major of study, with a deep focus on the liberal arts. Its teaching model encourages its students to become globally aware scholar-practitioners who are well prepared to enter the job market and be successful in their chosen careers.

Learn more about the institution's beginnings by reading "The First 50 Years" an account of the College's early years by past president Robert E. Perkins.

Ringling College is a member of the following organizations:

Ringling’s leadership team is comprised of academic leaders, business leaders, and successful artists from across the nation.

Ringling College of Art and Design recognizes that artists and designers play a significant role in society. The College’s primary mission is to provide programs leading to degrees that prepare students to be discerning visual thinkers and ethical practitioners.

Visual arts and creative professionals must understand diverse aspects of past and present cultures, and develop their capacity for creative expression and effective communication.

Ringling’s curriculum, therefore, balances the teaching of technical knowledge and skills with the development of critical, conceptual and creative abilities and supports courses that provide historical, multicultural, global and future perspectives.

Ringling College of Art and Design strives to enroll both full and part-time students from diverse backgrounds who intend to become professionals in the creative and visual arts.

Through its policies and practices, the College supports excellence in teaching and fosters the aesthetic, intellectual, professional, personal, and social development of its students. Academic programs and advising, career services, and an extensive co-curricular student life program prepare students for an art or design profession, or when appropriate, for continued studies on the graduate level.

In addition to its degree program, Ringling College offers courses, lectures, exhibitions and other art-related services to the local, national and international communities through its museum, galleries, library, continuing education and community service programs.

Through the efforts of its Board of Trustees, administrators, faculty, support staff, alumni, and friends, Ringling endeavors to provide the necessary resources, services and environment to fulfill its institutional mission.

Founded in 1931, Ringling College of Art and Design is a private, independent nonprofit, four-year college.

The Student Competencies outlined below are intended outcomes for all students by the time of graduation. Both academic and academic support areas advance student achievement within the BFA degree program. Students have multiple opportunities to demonstrate specific abilities as creators, communicators and collaborators.

Competency threads woven throughout all areas

Demonstrate abilities in conceptual, logical, and intuitive thinking within a variety of contexts.

Demonstrate an understanding of differences in cultures and societies.

Show an ability to discern artistic merit of diverse forms of art/design in their contexts.

Be able to defend critical interpretations concerning the significance of artistic expression.

Demonstrate responsibility for independent learning and perseverance towards goal attainment.

Recognize the social and ethical responsibility of creating art and design. 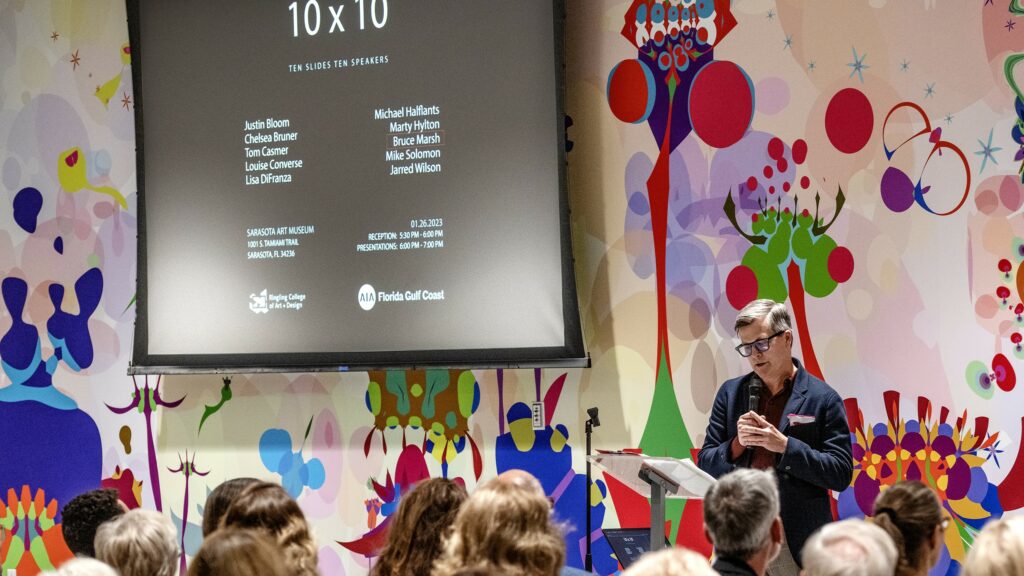 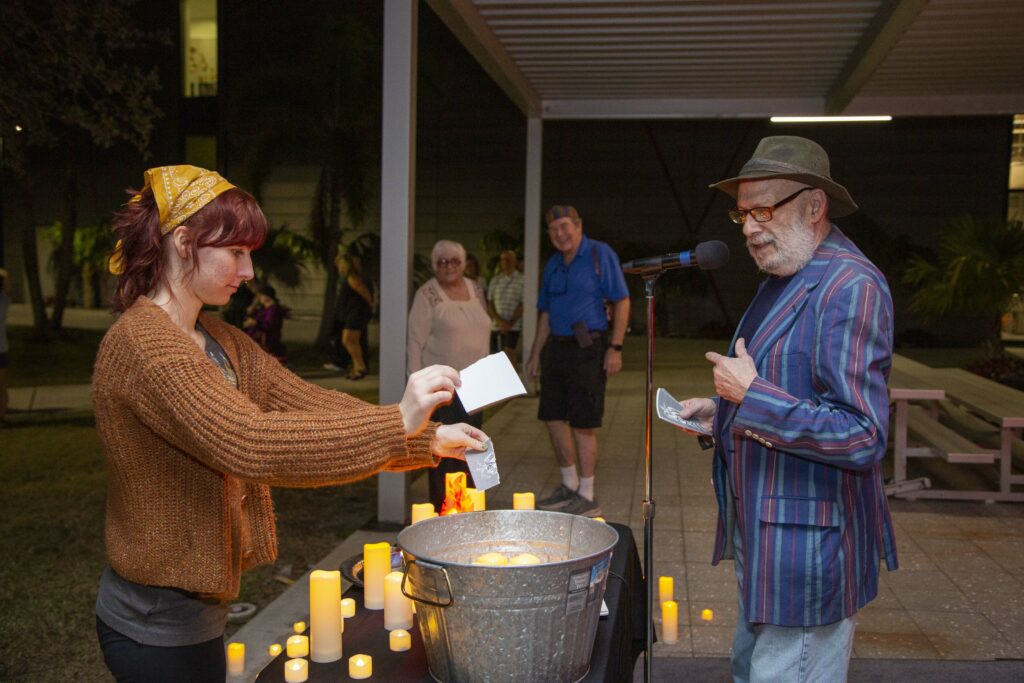 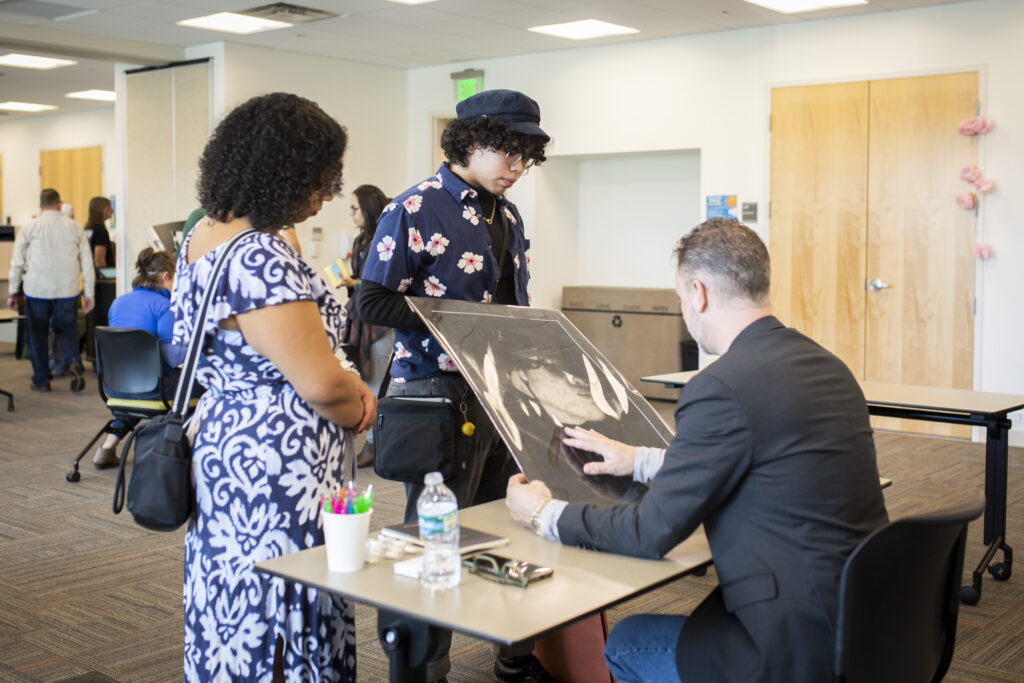 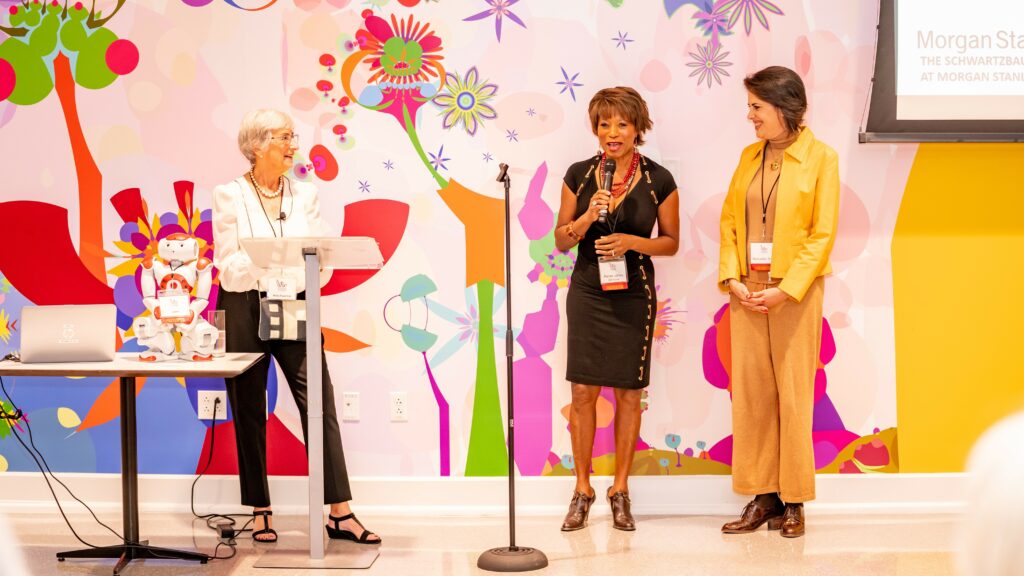 Welcome! I am honored to introduce you to Ringling College of Art and Design, a world-renowned art college that is poised to be THE preeminent art and design college worldwide.

Ringling College is a place for the world’s most talented emerging artists, designers, and scholars. Here, we know that creative problem solvers and critical thinkers require a unique environment to reach their full potential, which is why we provide our students with an award-winning faculty, world-class facilities, and professional opportunities to learn and grow. We call it “The Ringling Effect.”

The Ringling Effect can’t be narrowed to one aspect of life at Ringling. No, it’s a confluence of factors that result in the very best conditions for creative development, inspiration, and creative problem-solving.  Our faculty, comprised of award-winning artists and designers who are passionate about their field, lead our students through the best practices in the industry, prompting them to ask questions, think globally, and take big, yet calculated, risks. Our studios, labs, and classrooms empower students to learn by making and doing, while developing their professional skills using best equipment and most advanced technology in the world. Our programs propel students from the classroom to the conference room by guaranteeing the opportunity to have actual, professional client projects for each and every student before graduation.

And we care. For the last 85 years, Ringling College has strived to create globally aware and socially responsible leaders of art and design. Companies today are looking for original, creative solutions to make the world a better place and address the major challenges of our time. That’s why we instill the significance of creating work with value and meaning.

So join us. Join our elite group of forward-thinking, socially responsible artists and designers who are exceeding expectations in their industries and taking the world by storm. They are unafraid of risk and undeterred by failure. Join the ranks of our esteemed alumni raking in Emmys, ADDYs, Oscars, and Guggenheim Fellowships, and working at the top creative companies around the globe including Disney, Pixar, DreamWorks, Google, LinkedIn, Lilly Pulitzer, and so many more. Join a community defined by innovation, invention, opportunity, and possibility.

Bring your creativity and passion.  We will help you master and apply it to the most creative, meaningful, and purpose-filled career you can imagine. 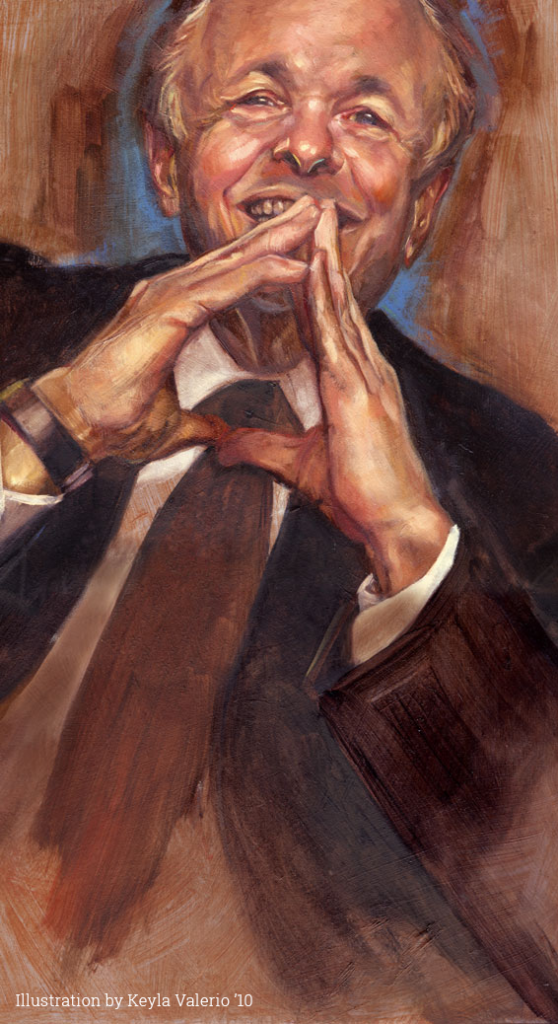